Let us start a travel in space and time, in a fertile hilly area in the north-eastern part of what is known today the State of India, and wind back the time scale 2500 years ago. What we would contemplate would be dense mountainous forests, carved into valleys through the main Damodu River and its tributaries. It is here that some early pioneers decided to settle. The first to come were the Munda. They cleared the forest, cultivated the land and put down roots. The Munda where followed by the Ho and they were soon joined by the Santhal, along with the Hora. Their tools where the axe, the plough, the bow and arrow. They where cultivators, harvesters of forest products and hunters. The world refashioned from the wilderness was not complete without tradesmen who settled among them. In this hilly and densely forested land, the so-called Adivasi people lived in relative isolation, even until 300 years ago. Their lifestyle was in balance with the surrounding environment, it was a sustainable way of life, which could have been perpetuated many more thousands of years.

The Adivasi remained outside the political orbit of gangetic India, until the Moguls, beginning with Akbar, mounted several expeditions to bring the area under their control. In their footsteps came an alien class of landlords and rent collectors from Bihar and Uttar Pradesh who entered the place, grabbing land and imposing their laws. The Adivasi called them dhiku, or foreigners. From here on, the dhiku became for the Adivasi a persistent thorn in the flesh. But things began really to change for the Adivasi in 1765, when the moguls handed over the provinces of Bengal, Bihar and Orissa to the British. The area came under the control of the East India Company. By early 19th century, British administration was in place. The Adivasi world was shaken in many more ways than one: Following the British came the Christian missionaries. The German Lutheran Mission started in 1845, the Catholics and the Anglicans followed. The missionary study of Adivasi languages and culture and closeness to the British won them Adivasi growing flock. As dikhu-landlords grew numerous and oppressive, the Adivasi repeatedly rose against the dikhu and the British. The uprising of the people from 1895 was the violent crest of more than a hundred years of a resistance.

Struck by the sweat of the Adivasi movement, the British began a comprehensive survey and settlement operation to assure the Adivasi of their land and their forest rights. But it was at this time, through the discovery of coal and iron, that history was set on an wholly different road. As the mining industry developed, towns grew around them. More and more outsiders came, looking not only for land, but for jobs and opportunities. Two world wars and growing British mining industry jolted into the industrial age. Cities like Jamshedpur became the centers of the countries coal, iron and steel industries. Heavy industry in India began with Tata Steel. However, the scale of industrialization unto this time was still limited. The British Empire was on its way out and mining technology remained underground. The Adivasi environment remained intact, even around the mining areas, yet the dices had been cast. Independent India’s agenda of industrial development spelled out in the 2nd and 3rd National five-year plans set in motion massive and irreversible transformation of the ecology of the plateau and its river valleys. In that keen process, the Damodu river valley became hostage to a grand design to stimulate industrial and urban development in Eastern India.

On January 15, 2000 AD, eighteen southern districts of the Indian State of Bihar were reconstituted as the separate State of Jharkhand. It was the outcome of over eighty years of struggle for a separate state, fought for and led by the Adivasi people. Many of them laid down their lives for this cause. Jharkhand is India’s most mineral rich state with 37% of India’s coal deposits, 23% iron, 34% copper and 47% mica. In more than half of the administrative blocks of the State, agricultural land is still largely held by Adivasi cultivators, and the constitution of India requires the Indian State to protect the environment, economy and culture of it's indigenous communities. Yet, there is a growing feeling among the Adivasi people of Jharkand today, that they stand at a crossroad in this newly created state, given to them only in name. Because they are paying the price of what is arguably India’s most fundamental development conflict, which has pushed them to the verge of extinction as an agricultural people. Today, the monsoon crop is the last and increasingly precarious anchor holding Adivasi agriculture in place. If Jharkhand rives were not in bondage, its forests not so widely destroyed, and, critically, if the State’s irrigation system was not in ruin, the transformation that still takes place with every good monsoon could be more enduring. Instead, the harvest is a rite of passage fraught with uncertainty; of hearts rekindled fleetingly an homecomings that can not last. In 5 of 7 years following Statehood, the Government has had to declare drought in Jharkhand.

The video clips presented here are extracts of the film “Running out of Time” by Abhijay Karlekar. They locate the crisis of Adivasi agriculture in the larger context of Jharkhand political and economic history, positing the indigenous Adivasi people and their ecosystem against overwhelming national interventions that have carved out an industrial and urban “state” in Jharkhand, fundamentally altering Jharkhand’s environment and demography. In the films view, the lack of accountability of these interventions, the nation-state duality of Jharkhand, the sheer scale of environmental degradation, the conflicts in civil society, the failures of governance, abuse of human rights, the pauperization of the small cultivator, are interconnected and cumulative in their effect. In its testimony - away from the charade of statehood and the stalemate of legislative politics - the resurgence of Adivasi movements to contain statist interventions and assert their rights to self-governance of natural resources, is the most effective path to making Adivasi agriculture sustainable. 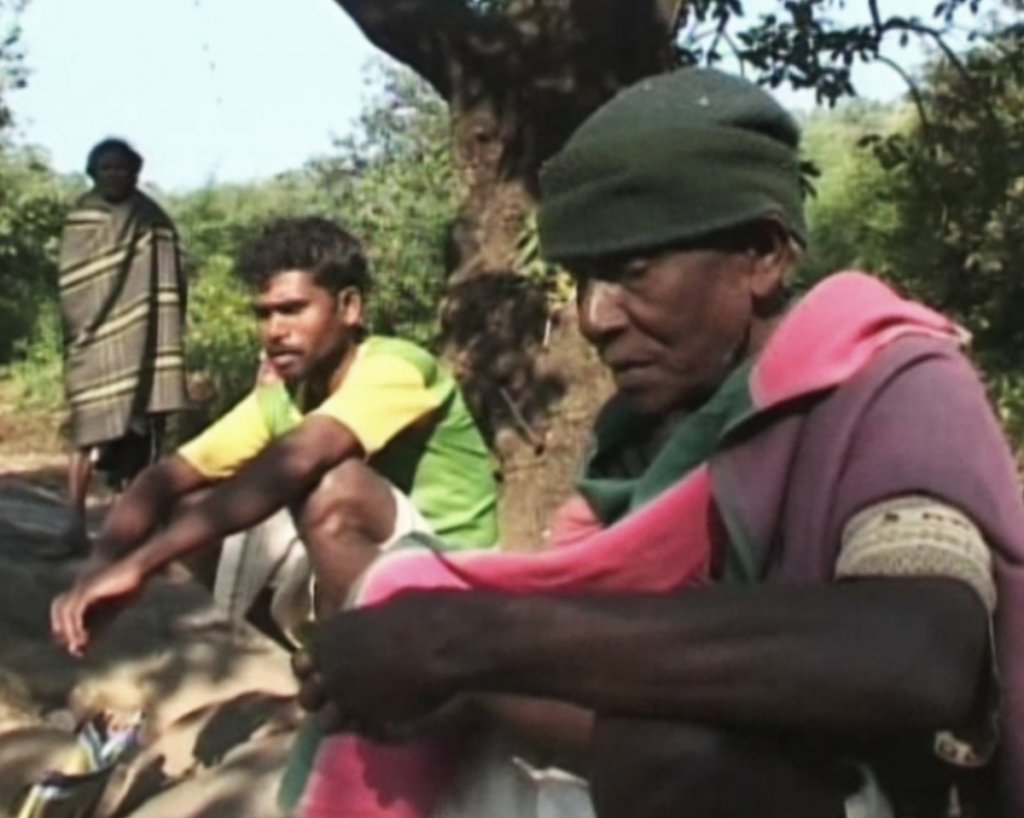 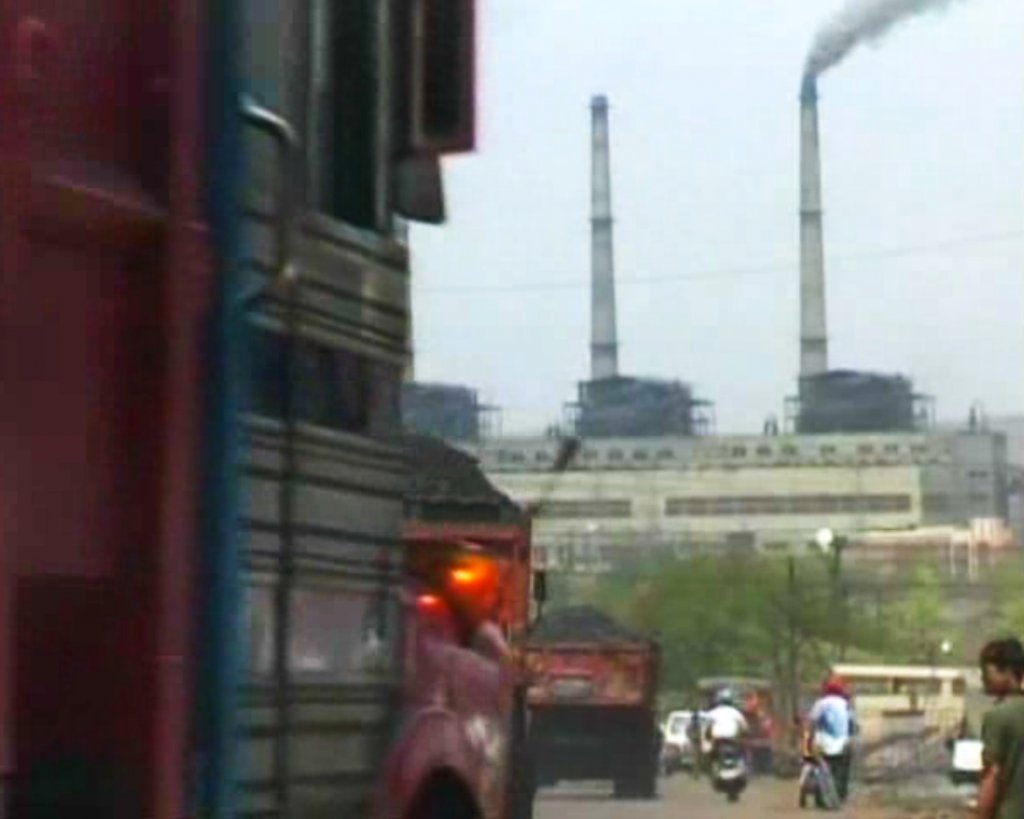 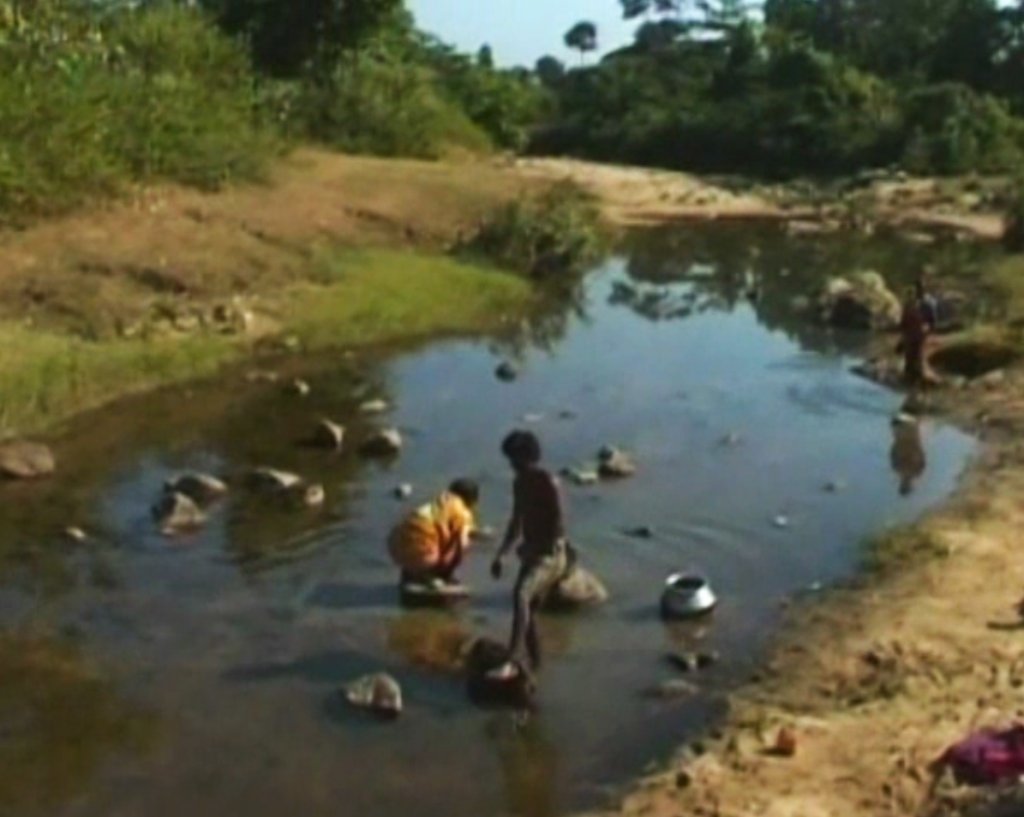 Destruction of the ecosystem 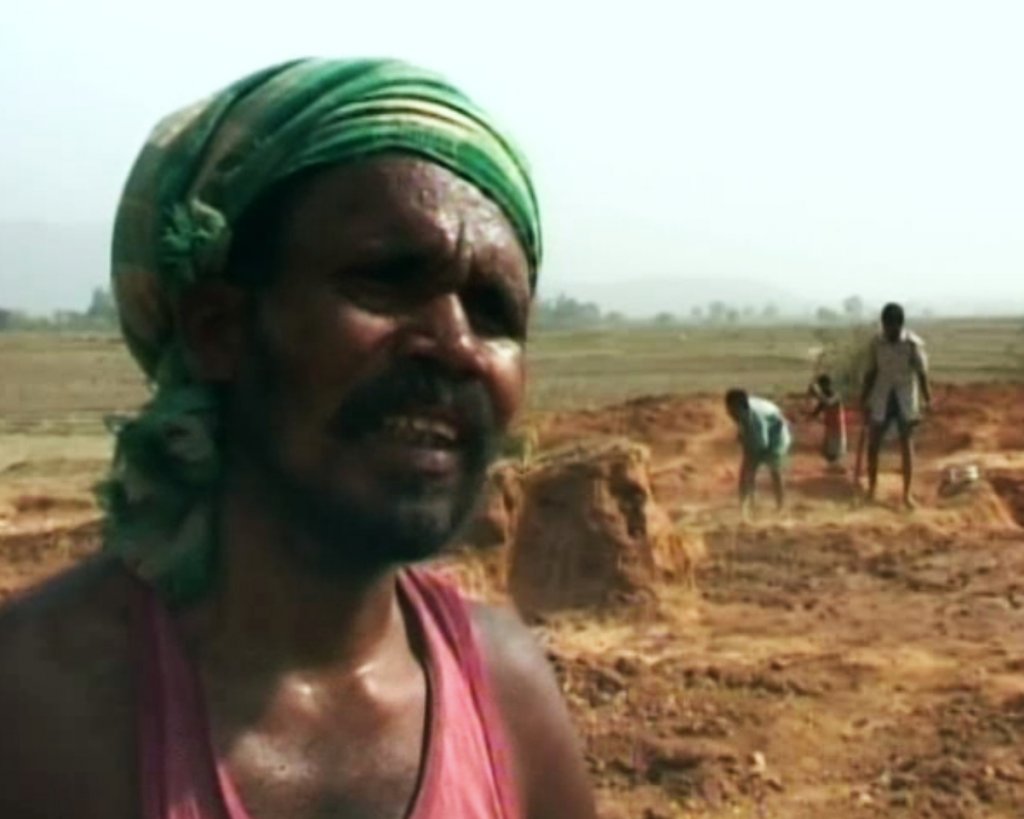 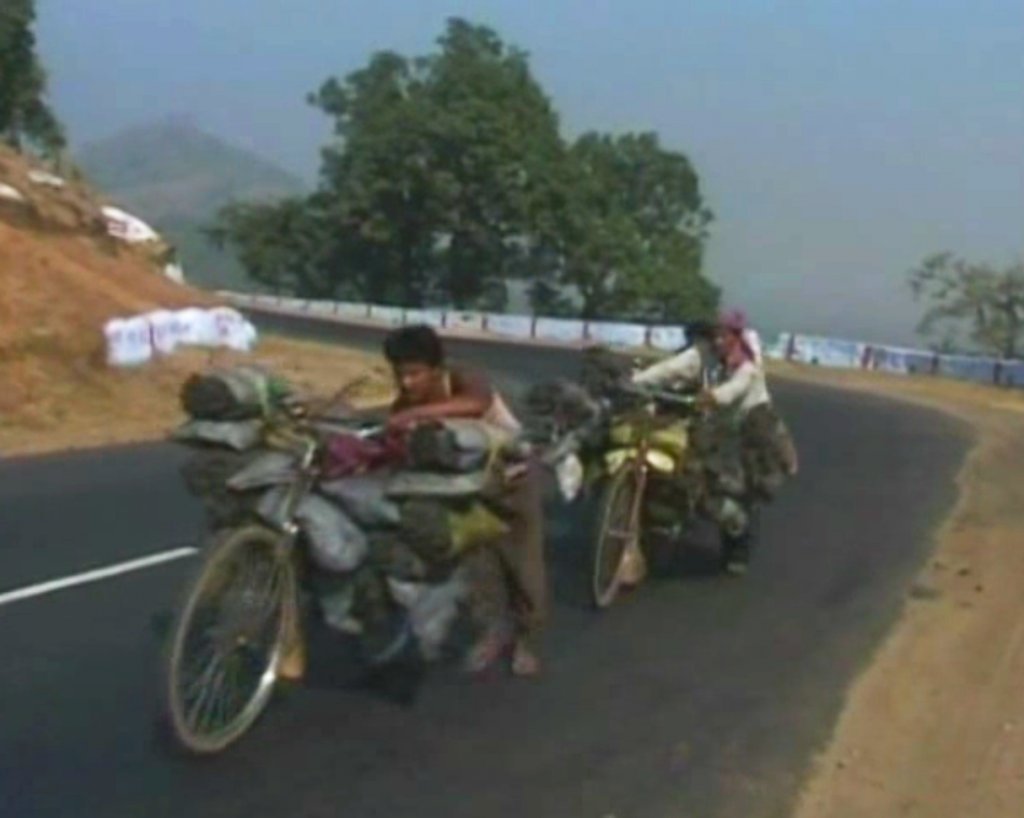 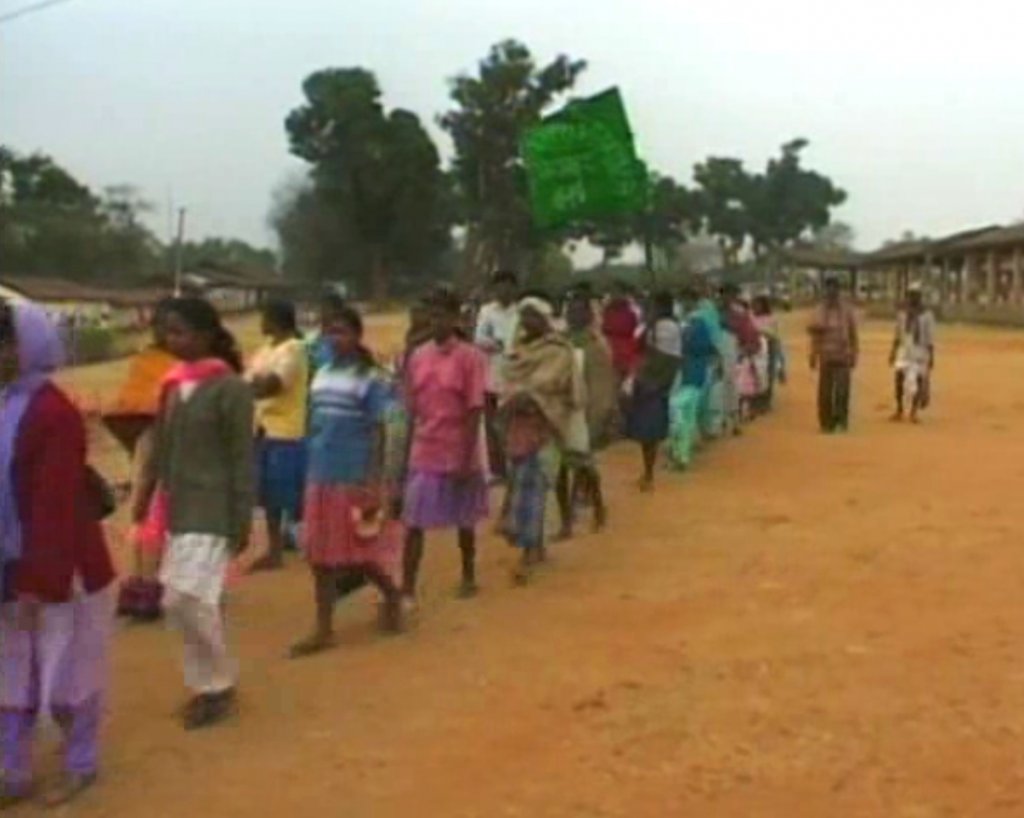 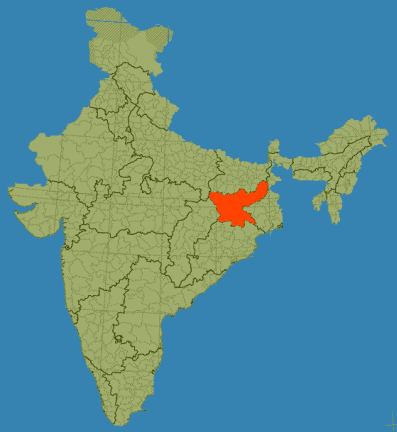